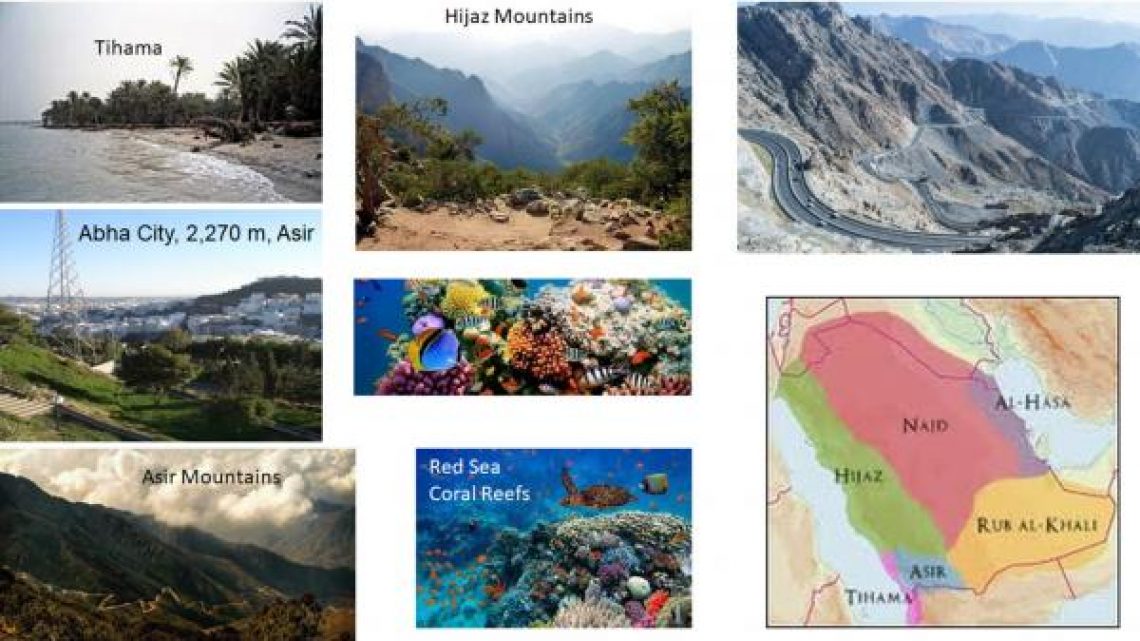 “May your dreams be larger than mountains and may you have the courage to scale their summits.” Harl

“May your dreams be larger than mountains and may you have the courage to scale their summits.” Harl

We’ve seen the Rub’ Al Khali in the southeast of KSA, now let’s explore some more!

The vast terrain of KSA is made up of a variety of different landscapes, all worth exploring.

Yes, it is mainly arid and desolate in the huge desert areas, however there are contrasts in the shape of the Tihamat tidal salt plains dissected by wadis and their tributaries which run along the west coast. Notably, less than 7% of land is suitable for cultivation, so the introduction of dry-farming methods and irrigation to the upper slopes of the Tihamat Asir (in the south) have confirmed it as the largest and most high-yielding agricultural area in KSA. The Tihamat Al-Hijaz in the north consists of mainly wadi deltas and is part of the region Al-Hijaz (meaning ‘the border’).

Al-Hijaz or the Hejaz, also known as the Western Province is the home of the first and second holiest sites of Islam, Mecca and Medina. We will explore them more at a later date. Its largest city is Jeddah which is of course our final destination on this tour.

Already a popular diving spot, the profile of the coastal area should be raised with the development of the ambitious ‘giga’ resort project on the Red Sea over the next 10 years.

Utilizing the natural beauty of the Red Sea coral reefs as a backdrop, there will be a network of resorts using some 22 Red Sea islands with its hub on Shurayrah Island.

This will be a luxury destination, however it is important to note that the project is eco-friendly, with sustainability at its core, providing renewable energy and using smart technologies to prevent over-tourism while protecting the environment.

KSA is just weeks away from securing a loan to the value of USD 3.7 billion towards the first phase of construction. This is an opportunity for KSA to further tourism in the region and lessen the reliance on oil. First phase is due to open in 2022.

Further contrast can be seen to the east of this coastal plain. Here our focus shifts to the main highlands in KSA, with west-facing dramatic steep slopes, which weave their way up the entire length of the west coast, then gently slope eastwards towards the Najd, also known as the Central Region.

We start at the Asir Mountains in the south – a popular summer destination for central and eastern residents due to the cooler climate and natural beauty. The most populated areas are at the mountain summits which continue to attract settlers. We then head north, still running parallel to the west coast to the Al-Hijaz mountain range, both ranges form part of the Sarat Mountains. There are several mountains over 2,500 m high with Jabal Sawda’ reputedly the highest peak in KSA at a disputed height of  between 2,998 m to 3,133 m. Finite calculations aside, there is a cable car so we can get a ride up to the top to see some great views – shhhhhhh! Don’t tell Karen 🙂 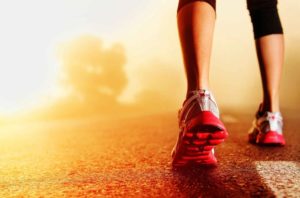 Keep moving even when the weather is against you!

What about Food Prep? 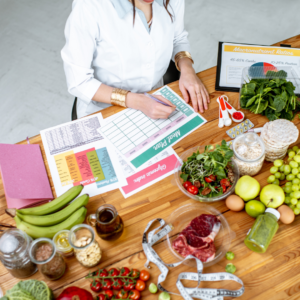 May 18, 2022 No Comments
PrevPreviousLet’s head east! There’s so much to see…
NextForget KSI, we’ve just arrived in KSA!Next
Clear Clear All